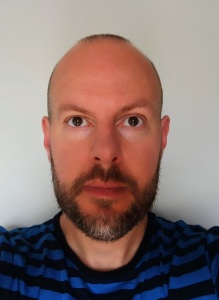 This week’s guest post comes from Neil Sprunt, a Teaching and Learning Librarian who runs the Copyright Guidance Service at the University of Manchester. Following the success of Copyright Communities of Practice in other regions of the country, particularly in London and the South East, Neil decided to set one up for copyright practitioners working in North West Academic Libraries (NoWAL) institutions.  Last week the group met for the first time in Manchester, and Neil tells us more about how the group came together and how the meeting went itself.

The importance of sharing and caring

I began working in copyright back in 2012 following a Library restructure at my own institution, where I literally missed a meeting and ended up in charge of the University of Manchester Library’s new copyright guidance service. At that point, I didn’t know my public domain from my Section 36, and I think it’s fair to say I felt completely out of my depth. Embarking on a steep learning curve, I remember that soon after I was appointed to my new role, I was sent along to a NoWAL Copyright Exchange of Experience meeting at Liverpool Hope University. Looking back that meeting was really important for me, as it gave me (for the first time) an overview of some of the copyright and licensing issues we face in the Higher Education (HE) sector, and provided me with an opportunity to meet other people working in the area.  Fast forward six years, and following feedback from a training session delivered by Jane and Chris at the University of Salford, I decided to create a Copyright Community of Practice for NoWAL copyright practitioners.  So that we had a regional forum for those who work with copyright in our region could discuss the issues they face and share best practice. 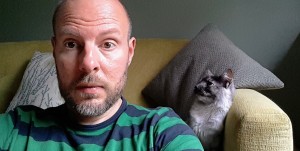 I quite like organising stuff, so setting up the group was actually rather enjoyable. Firstly, I contacted those who had expressed an interest in joining the group at the Salford training session, and then sent out an email to the previous NoWAL copyright group Jisc discussion list. I must admit, I was slightly taken back by the amount interest in the new group, but I guess it just goes to show how much copyright and licensing now affects librarians and other support staff working in Universities. We currently have 23 people signed up to the group, which is quite frankly brilliant!

Following advice from colleagues who have set up similar groups, I decided to test out the online collaboration hub Slack to make sure that group stayed connected outside of our face-to-face meetings, we have also set up a Jisc discussion list. Its early days with Slack, but hopefully it will be a useful tool going forward, but the main thing is that we all keep in contact outside of our physical meetings.

Eventually, after the mother of all doodle polls, the group finally met for the first time on Thursday 12th July at the John Rylands Library in Manchester. So quite a fancy venue for our first meeting, and I would definitely recommend you visiting the Library if you are ever in Manchester yourselves. Of our 23 members 17 attended from around a dozen different institutions from across the region. The meeting was informal, there was an agenda, but it was flexible. There was no official minute/note taking but any group actions were recorded by myself as the chair. This was all about sharing experience and best practice, and that’s what we did. The two main areas of discussion were where copyright sat in everyone’s institution, for example who led on copyright, and what resources were in place, and how did institutions promote ‘Copyright literacy’?

We discussed the importance of policy, structure and risk management, having access to legal teams (if available), and also the importance of groups such as this, which allow people who often work in relative isolation, to speak to fellow practitioners and seek support. All members agreed on the importance of copyright literacy for staff, students and researchers with some institution looking into mandatory training for academic staff.  There were loads of great ideas on how to target different groups, and make copyright training more engaging, enabling students and staff, rather than restricting them.

Overall the meeting was a great success and could have gone on for another two hours. However, it was a warm day in Manchester, we were all a bit tired after lots of discussion, and the chocolate biscuits were starting to melt. It was great to see some familiar faces and also to meet new people for the first time. Six years on from my first NoWAL copyright meeting, it was great to share experiences with others and offer support; I hope it was a valuable experience for all those who attended. The next meeting will be in Liverpool in October, and I’m already looking forward to it, as we continue to establish an effective support network for copyright folk in the North West.

We’re delighted Neil has written this post for us, and included more about his favourite topic of the ‘Monkey Selfie’. It’s great news that NOWAL have set up a Copyright Community of Practice for those in the North West of England. And we also wanted to congratulate Neil on passing his diploma in Copyright Law at Kings College, London.